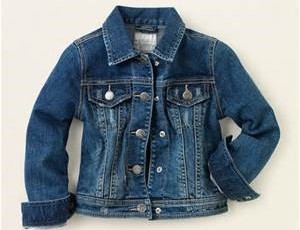 I agreed to surrender my maiden name easily, quickly, with very little thought. My boyfriend’s mother asked whether I would change my name if he and I married, and I was so delighted at the prospect of her supporting the idea that I instantly said, “Yes!”

A couple of years later, we married and my name legally changed. By then, there was time for mixed feelings to emerge. I loved my husband and gladly married him. But I felt that the childhood part of me that imagined a myriad of adventures and famous exploits – heralded by the name that had been carved into rulers, written on lunchboxes and eventually printed on my university diploma – had been shuttered.

My married name was definitely one I could only acquire through marriage, as “Jindal” hails from northern India, and I do not look even remotely South Asian. Still, I wore it – and wrote under it – for twenty years. It became familiar, though it never quite fit me. It described my husband’s background but not mine.

When my marriage ended, it was time to take my maiden name back. Once again I didn’t hesitate to change it. There were no children to consider, and continuing to use that name felt false to me, as if I were claiming to be a minority when I’m clearly not.

Surprisingly, although I missed it, my maiden name took some getting used to all over again. It was like finding a well-loved jean jacket that had been forgotten in a closet for decades, and shouting, “Oh, there it is!” and eagerly pulling it on and… it doesn’t fit like before. When last I saw her, Julie Dee Hatfield was in her early 20s, idealistic, brash, stubborn and ready to take on the world. The current Julie Dee Hatfield has battle scars, and would like the world to occasionally leave her alone. She’s more compassionate and no longer has all the answers. She endures more hot flashes than wolf whistles.

I’m getting used to saying my restored name. I say it differently than when I was younger – I’m softer with the consonants. My mind always flits for a nanosecond to my divorce, and then to my father, who died last fall. He was proud of our Hatfield name, but he never wished me to reclaim it by experiencing a divorce.

I don’t mind when friends mistakenly call me by my married name. Most people met me as such, and it takes time to adjust. I think about that person, the wifely me that had the married name, and while I know the body is the same I can feel her slowly fading away.