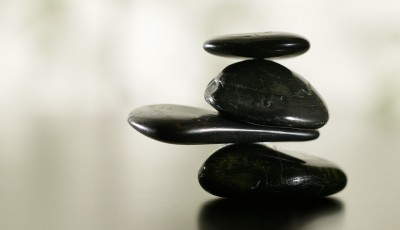 Recently I grabbed coffee with a friend of mine, Sherrill Leverich-Fries, who happens to be a life coach. She’s so good at listening and offering constructive ideas that I have to make sure we’re having a true back-and-forth conversation, like genuine friends, because she’s one of those warm, supportive, funny people who allows you to pour out your heart, and she can’t just silently sit there when she has some inspiring perspectives on how to tackle your problems, and by the end of the afternoon you realize you should have at least paid for her coffee, for Pete’s sake, because she does this sort of thing professionally.

So we sat and chatted, and as usual I wrote down the names of helpful books, while I gave her the titles of silly movies I’ve recently watched. It’s not a fair exchange but she’s always been good-natured about it.

Anyway, we were discussing life balance, and she said something that I have been pondering for days, and I have decided to write about it. I did ask whether she wanted to blog about it first, but she graciously encouraged me to go ahead.

Here is the issue:  Balance is difficult for me, and I imagine it’s challenging for everyone. Every Sunday I plan the upcoming week, trying to fit in time for writing, time for horses, time with Ajay, time to work out, plus all the other various commitments and appointments and meetings and such. Inevitably, something gets screwed. I never have enough time for all of my priorities, and I often feel like a failure.

Sherrill suggested that instead of trying to squeeze everything into a week, perhaps my time horizon should be longer. Maybe four weeks. Maybe six. Instead of judging whether I’m in balance at this moment, perhaps I could evaluate balance in terms of several weeks at a time.

The idea of a long time horizon for life balance is  flexible and forgiving, but it still gives me a way to tackle the various things that matter to me. I already do something similar out of necessity, but I have always felt guilty about neglecting other things. Instead of agonizing over what I’m not able to do at the moment, I could celebrate that I am addressing one of my priorities, and tell myself that I will get to the others later, and be more gentle with myself about the situation.

Additionally, I used to think that once I found the secret to achieving balance, I would be able to sustain it indefinitely. In retrospect, that’s impractical and unfair. It’s much more realistic to consider balance as something one strives for over a longer stretch of time, and to accept that balance ebbs and flows as a big-picture concept. A ballerina may have a moment of being perfectly en pointe, but she can’t spend the whole day balanced on one toe.

Perhaps this isn’t much of a revelation for easygoing people. But for overachieving perfectionists who beat themselves up on a regular basis, the concept of a longer time horizon to evaluate balance can be revolutionary.