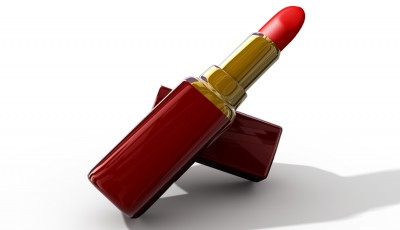 She leaned back in the leather upholstered chair and discreetly surveyed the restaurant. A sophisticated crowd occupied the long walnut bar, the dining tables languidly surrounding it in an airy, L-shaped space. The menu was expensive enough to not require close quarters; the patronage would have been insulted if their various tables were squeezed near each other.

Her boyfriend, Francis, was telling her about the newest product his financial planning firm was about to launch, and she realized she was bored. She feigned interest as she considered the last couple of years.

Two years was about right. Two years seemed to be the limit she spent with any man. Francis was appealing at first, and she molded herself to fit his desires, knowing that an interlude of Louboutin heels, Chanel sunglasses and top-shelf Scotch would be enjoyable. She absently smoothed her blonde hair, cut in a sleek, professional style. For their day in Hood River, a pleasant resort town, she had worn a white linen sleeveless blouse and tailored khaki capris, with French low wedge sandals. She and Francis spent an hour or so at a local art gallery that highlighted paintings by one of his clients. Then they strolled through town, stopping at various wineries’ storefronts. A case of an especially fine Syrah was sitting in the trunk of his Audi.

This wasn’t her first visit to Hood River. That was when she was fourteen, and her parents decided to drive out to the valley one September weekend. She had spent most of the ninety-minute drive with her nose in a book, looking up when her father admonished her to appreciate all the trees. They visited an apple orchard that featured freshly pressed cider and came home with a large, fragrant box of apples. Her mother announced plans to turn them into homemade applesauce, but the apples went bad before she got around to it. Canning really wasn’t her mother’s thing.

The next time she came to Hood River, she was a year away from college graduation and dating Jake. They came for the annual Hood River Cycling Classic. He competed in every stage and did relatively well – she frequently held her breath while watching the criterion event, with its sharp turns and spectacular wrecks. Afterwards, they gathered with fellow cyclists at a downtown brewery. At the time, she always wore her hair in an easy, athletic ponytail. She remembered sitting at a sidewalk table, wearing board shorts, flip flops and a hoodie, glancing at a peekaboo view of the Columbia River. She listened as Jake’s friends discussed racing strategies and swapped the usual injury stories.  Jake had insisted on buying her a road bike, but once they broke up it gathered dust in her apartment’s storage unit.

Then there was Enrique. He had brought her to Hood River to buy an Andalusian stallion from a friend of his. They had lunch at a taco trailer, and washed down tender lengua tacos with homemade horchata. He liked taking her along when he had a business transaction, as he enjoyed showing off his Anglo girlfriend. She wore her sun-kissed hair long and loose back then – which was how he liked it – and had on tight jeans, a low-cut tank top and scuffed cowboy boots. She never told him she was terrified of horses.

It was time to move on from Francis, she decided. But instead of breaking off the relationship, she would slowly dissolve her illusion. She would subtly change the type of clothes she wore, the jewelry, nothing too jarring and yet not quite what she knew he wanted. She would be a little less attentive, a little more demanding, until finally he told her that it wasn’t working out. It was the best way to make a clean break – otherwise, she found, men would not give up as long as they believed she was perfect for them. Like a chameleon, if she changed her camouflage, she no longer blended with the current man’s world.

She would find someone completely different, and make herself over to fit with him. She felt like a cop going undercover to learn the intimacies of another existence. Her romantic history was her way of living numerous lifetimes – a fresh, new life with each man – and it was the closest she could come to being immortal. She wondered when she would return to Hood River, and with whom, and who she would be.

It was pointless to reflect on the core of who she truly was, or what she truly desired, as that was fluid. Perhaps someday she would find a man with a life she wanted to share for more than two years. Or maybe not. One thing was certain:  No matter who she was, fretting was never, ever her style.