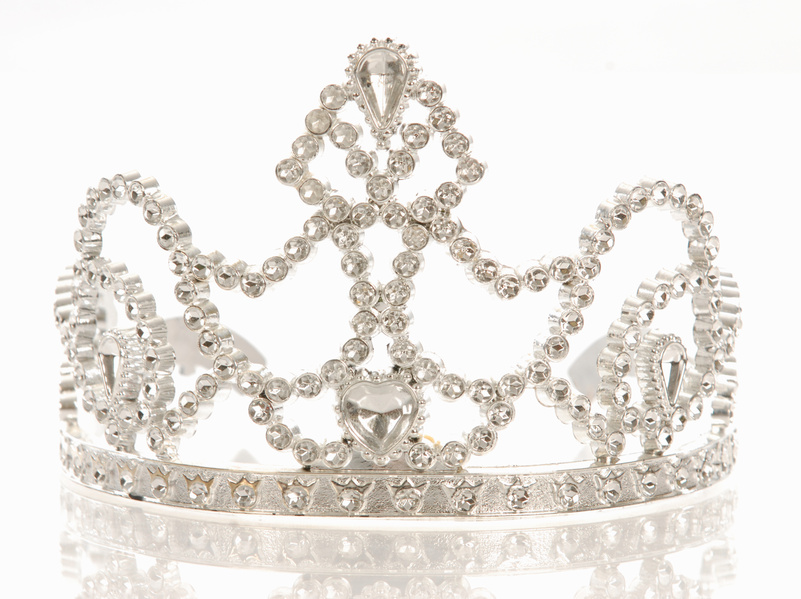 Celia regarded herself in the mirror.

Not bad, she thought. I look good in a white dress. She gazed out the window at Mount Hood, white-capped, with shoulders of blue hills below it. She could hear laughter as guests mingled on the winery’s wide, rolling lawn.

There was a knock on the door and it opened before Celia completely turned around.

“You look lovely,” said the tall brunette as she entered the room. Her powder blue Chanel suit was impeccable, as was her makeup. She carried an aged, dark blue felt box.

“Thank you, Mrs. Engleton. How are you?”

“Still tired from the long flight, but I’m holding up.” She looked around. “What are you doing here all alone, dear? Where are your bridesmaids?”

“I wanted a few minutes to myself.”

Mrs. Engleton sat on the edge of an overstuffed chair. “I’m glad I caught you in time. Look what I brought for you.”

She opened the box and presented a large, ornate tiara. Celia doubted she had even seen a tackier piece of jewelry.

“Ah, well, I don’t think that will work with my veil,” she said.

“Didn’t Jeffrey tell you about the family tiara?”

Mrs. Engleton gave an exasperated sigh. “All the Engleton women wear it when they get married, even the women who marry in. It’s an important tradition.”

Celia felt her throat constrict. She glanced at the mountain for strength.

“Perhaps Jeffrey hasn’t had time to tell you everything.” Mrs. Engleton paused and tilted her head. “He hasn’t even told me everything, yet!”

Celia felt uneasy. “I thought he explained that I’ve always wanted to get married here, and we thought we’d have to wait a year, but they had an opening so we went for it.”

“What?” Celia stepped backwards, nearly tripping on her dress.

“Well, you know, you’re in such a rush to snag Jeffrey. I understand but I was wondering if you’d gotten yourself pregnant.”

“You’re not pregnant? Oh, I’m sorry. I just thought, since you’re a little thick in the middle, that – ”

Mrs. Engleton stood, eyeing her. “Oh, the independent type. I can tell you’re one of those girls who will insist on keeping her name.”

“Of course you do, but you’re going to be an Engleton. When you have children, what will you do? Hyphenate, for God’s sake?”

“Jeff and I will figure it out.”

“And what’s this about you being Catholic? You probably don’t want to change that, either, even though we’ve always been Episcopalian.”

“Jeff said that religion doesn’t really matter to him…” her voice faltered.

Mrs. Engleton impatiently turned towards the door. “Well, good luck with all of that.” She paused. “You know, marriage is difficult enough without surprises.”

She stepped outside the door and nearly closed it, her ear near the crack to listen. She caught a glimpse of Celia fumbling for her cell phone.

Mrs. Engleton glided down the hallway with a tiny smile.