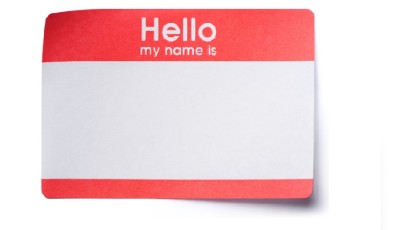 He crept over the ridge, his body low. The morning sun cast long, cool shadows in the tall, parched grass. Below him, dozens of cars streamed into the oversized parking lot. Fields of well-tended vines flanked the large building. Lush landscaping and Adirondack chairs facing Mt. Hood suggested this was more than a vineyard — this was a winery.

He grinned. First a little patience for everyone to disappear inside, then check the cars for food, water, cash and a hotwired ride into Portland.

He was surprised that he’d gotten this far. Last week he ditched the orange jumpsuit for jeans and a t-shirt abandoned in a 24-hour laundromat. Next he borrowed a few items from a drugstore to dye his hair and shave. He liberated a Civic, driving it west until the fuel gauge was below “E”, and ducked into a truck stop outside Kansas City. He struck up a conversation at the diner’s counter with a couple of truckers, talked about heading to Oregon for a job on a fishing boat, stepped outside and then came back in to complain that his sister’s damn car wouldn’t start. One of the guys drove him as far as Denver, handing him off to driver after driver until he reached Hood River.

The last trucker mentioned something called the “Fruit Loop” where rich tourists visit farms to buy fruit and idealize the rural life. He feigned disinterest but it sounded like easy pickings. A carload of hikers gave him a lift.

Now he shuffled down the hill. The parking lot was thick with Subarus. He opened an unlocked door, thanked the good Lord for complacency, and scooped several dollars of change from the cup holder. A voice called out behind him and he hit his head on the door frame.

“Excuse me, are you Jimmy Mitchell?”

He straightened up and turned. “Um, what?”

A woman in her early 50s, plump and officious, strutted up to him with a clipboard in hand. “Mr. Mitchell! We almost gave up on you. You’re the last writer to arrive and you’re about to miss the orientation meeting!”

“That’s all right, dear, just follow me.” She looked him up and down. “Writers are always rumpled, aren’t they?” She giggled and grabbed his elbow. “If we hurry, we might still get a donut.”

His stomach rumbled and he nearly lunged for the door.

Once inside, she pinned a nametag to his shirt and gave him a “goody bag.” A pen, notepad, and coupons for free food in town convinced him to sit down and play along. The organizer announced a quick contest to warm up and he won Best Simile for comparing the strong wind to a relentless thief. Boxed lunches arrived. Then the organizer pointed out the knockout blonde who would host him throughout the three-day conference. She smiled at him like he was a platter of barbecue.

He licked his lips. Writing was gonna be the best con yet.