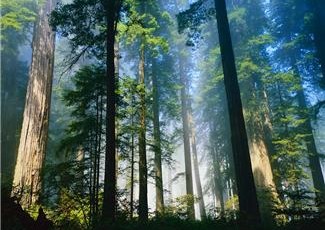 Folks said he was a natural salesman. He was born with the talent, as his parents owned a hardware store. However, Iowa didn’t inspire him. It was a fine place to be from, but he needed something wild, an unshaped opportunity. Inheriting the store would be too easy.

He had never tasted failure. On the train to California, he frequently glanced over at his pretty wife. Everyone had predicted that she’d never marry him. His family was respectable, but her family was rich. When she confided that she yearned to be away from her controlling parents, he saw his moment and they eloped.

He had no intention of settling in California. She stayed with his relatives in Long Beach, and he headed to Oregon. Finally he found the untamed prospect he craved. The fruit business was just beginning in Hood River Valley. When he saw the perfect fifty acres, he walked the land and imagined more than apple trees and a farmhouse. He could organize the industry here. Improve transportation. Bring in financing. He saw respect, politics and power. Mount Hood loomed in the distance, daring him to match its height.

When he brought his bride north, she looked at the rocks, the enormous trees to be felled, and the isolation. Her fashionable shoes sank in the mud. She burst into tears. She never wanted to be a pioneer wife, making her own soap and worrying about bears. She looked him straight in the eye and said, “I’m going home.”

He was ready. “I wanted you to see it like this, because someday it will rival the best farms in Iowa. Only we’re getting in at the start. I know how to make a business thrive, and I can do more here than I ever could back there. We’ll be successful. We’ll be the big fish in this small pond, and you will be a senator’s wife.”

“Of course, we’ll need a proper estate. I will build the finest house in the valley for you. Tell me what you want.”

She walked to the center of the small clearing, and turned in a slow circle. “I want columns. Lots of columns. Leaded glass. Coffered ceilings, and a staircase with a landing.” She pointed at the mountain. “We’ll look at that every morning when we wake up.” He nodded.

A puff of wind loosened a tendril of her hair, which she resolutely tucked behind her ear. “And flowers. I need flowers in every room. Balconies. Arched windows. Thick silk carpets for the bedrooms. Plus a cozy window seat for the baby’s room.”

His mind went blank, which had never happened during a negotiation. In a strangled voice, he promised her everything, and more. He wasn’t sure how he would pay for it all, but he’d solve that problem later.

Indeed, the ambitious salesman had met his match.