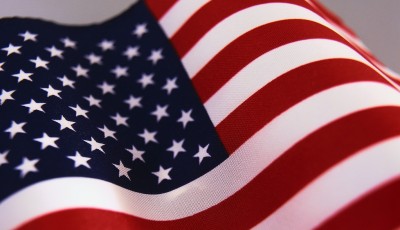 After eight years in Hood River, I finally witnessed my town’s Fourth of July parade. Previously, when neighbors asked if I had seen the parade, I claimed to have forgotten when it started, or explained that I had other plans, but I was being dishonest.

There are two types of people: those who watch parades, and those who are in them. In my deepest heart I know I am the type who wants to be in them, so enduring 100-degree weather to watch other people stroll past was never a priority.

Last summer was different. First of all, it was a cooler Fourth—only eighty degrees, with a crisp breeze. Plus, eight years was the longest I had lived anywhere. Parades, especially small-town parades, serve as a mirror for a community’s soul. It was time to check out the local celebration.

As expected, our parade had military bands, school bands, pretty girls with royal sashes perched on floats, and campaigning politicians. Neighboring communities’ fire departments, such as Odell and Parkdale, sent their fire trucks to augment Hood River’s flashing lights and shiny chrome. Handsome roadsters puttered along the route—residents of the antique car museum out on a day pass—and vintage airplanes from the same museum roared overhead in formation.

A parade is a chance to be a bit silly, be a bit proud, and for strangers to connect. You cannot have a person, even a political candidate you wholly detest, meet your eyes and wave at you without smiling and waving back. In this case, it’s best to be kind, even if it smacks of hypocrisy.

Our parade was inclusive, as anyone willing to pay a ten-dollar fee could participate. One group of equestrians represented a dude ranch, another represented a Friesian breeding stable, and others were merely sets of friends riding their horses. More than one group represented the growing Mexican American population, with mariachi music and glossy horses trained to prance.

As the sun turned my shoulders pink, I considered how Hood River could be fractured, sometimes even schizophrenic. Between longtime orchardists, Johnny-come-lately windsurfers, kiters, mountain bikers, and other recreationalists, plus struggling small business owners, a town meeting to discuss a waterfront park can turn ugly. Yet on one designated summer day, folks unite to celebrate all the facets—even the controversial ones—that comprise our shared home.

This essay originally appeared in the Spring 2013 issue of  Oregon Humanities magazine, under the byline Julie Jindal.