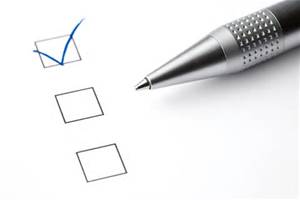 Tips for Living in a Small Town

I have lived in Hood River for almost eleven years. Coming from Seattle, I had to learn a few things to survive and then enjoy living here. If you’re new to small town life, this advice is for you.

First of all, be nice to other drivers. Do not only avoid driving like a jerk, but also forgive those who drive like a jerk against you. Laying on the horn and shouting at an idiot feels good in a big city. It feels less satisfying when you realize you’ve just sworn a blue streak (with the appropriate gestures to ensure you were understood) at your neighbor. Or your pastor. Or worst of all, your gynecologist. Driving with grace is even more important if your car is distinctive.

Next, watch what you say when you’re in public. Your friend may be trustworthy, but not the couple at the next table, who – and I guarantee this – are friends with, work with, or are related to the person you’re discussing. Assume that everything you say will be as widely known as if it were announced from a loudspeaker on Oak Street.

After a couple of years, you are going to encounter people who look familiar but you can’t remember their names or how you know them. It’s best to save time and admit you haven’t a clue, and reintroduce yourself. Chances are, they’re having the same problem placing you.

If you’re single, you will end up dating someone who dated one of your friends. There is no good way to tell your friend this, and keep said friend. Because I had always moved around a lot (I went to three high schools), I had never experienced this phenomenon. It is the classic no-win scenario. If you don’t say anything and let her find out from a third party, you’re a sneak. If you tell her in person, you are ambushing her with painful news. If you send an email or a text, you are a disrespectful coward. Regardless, you are now sharing a town with someone who deeply dislikes you. A small town. You will run into her constantly. Your only consolation is that she’s not happy to run into you, either.

Finally and most importantly, you must own up to stupid things you do, because everyone knows about them. Trying to hide them just makes you look more stupid. You’ll most likely be forgiven, because everyone has stupidity in their past (and probably their present, too). However, if you do an impressive number of stupid things, you will become known as a Character, and you will be given an unkind nickname.

You may think you don’t do anything stupid, but you are wrong. Eventually you will trip up because you’re human, and if you have been especially judgmental, everyone is going to enjoy watching you go down in flames. We will buy tickets to gawk, we will bring s’mores ingredients for the bonfire, and then, if you can summon a little humility, we will help you rise from the ashes.

I believe that living in a small town is one of the bravest, most public things you can do. You are always on stage, and you can either exhaust yourself with the effort of acting, or live a truly authentic and vulnerable life. And that means not caring about what others think. Plus not caring about what other people are doing, even though you’re going to know every detail. You will know you are officially a local (as much as someone can be who wasn’t born here) when you take that unkind nickname and wear it with pride.

This essay originally appeared in the Hood River News.